You are here: Home / Nights In / Waxahatchee – Out In The Storm 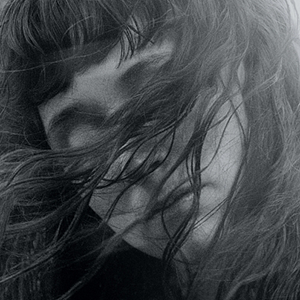 The most frequently heard words on this album are ‘I’ and ‘You’ followed by ‘We’. Out In The Storm is a relationship/breakup/staying together/oh god what do I really want? album that’s lyrically straight out of singer-songwriter central. If you’re not up for some Me Time then this is not for you. The album opens with a confident blast of power guitar and the words ‘Everyone will hear me complain/Everyone will feel my pain’ . It ends in a downbeat acoustic number in which she fears she is fading away. In between we hear a lot about whether she should drive to Brooklyn, go to Berlin or just stay in bed.

It feels very twenty-something. There’s nothing about mortgages, children or jobs – just the emotional manipulations, arguments, drunken nights and regrets of a decaying relationship. It’s about the fighting that takes place in words, intentions and misunderstandings.

Lyrically the album never lets up from this theme. Musically it has a number of modes: the confident fuzzy power-pop that characterises the opener and standout track Hear You where she locates a killer chorus that several other songs could benefit from. Then there’s the slower more acoustically-driven songs, that culminates in the bleak but hopeful closer Fade. Organ-toned keyboards are present on most tracks and add some textures that make her work more interesting than a lot of similar acts.

I like this album a lot, but feel it doesn’t have quite the stand-out freshness of her previous effort Ivy Tripp, which really is an excellent album. Perhaps the bleak subject matter can’t help but make it feel a bit downbeat and claustrophobic overall. And – there’s no getting around it, the rhythm section are a bit leaden. I’d sure like to hear her backed by a drummer and bassist with a bit more suppleness.

To those new to Waxahatchee Ivy Tripp might be a better starting point. To those already in this is a solid new album, and where she might go next should be really exciting.

Throwing Muses, Kristin Hersh, Tanya Donnelly, sibiling Alison Crutchfield, Mitski, and leftfield – some of her stuff really does sound like a slowed-down Sugar.