I’m not exactly a fan of Yes (I like a few songs, but don’t really know much of their music) but I really enjoyed this interview with Jon Anderson. What a lovely chap. Might interest others.

Sometimes they hit you at the top of an album with a pair of songs so breathtaking that the rest of the record could consist of the sound of someone eating mint jelly and you wouldn’t notice.

One such example is 16 Lovers Lane by the Go-Betweens, which is a great album through and through, but the first two tracks are absolutely staggering when heard one after the other. Here’s number one:

I was listening to a 4-CD Stevie Wonder history today. All going fine – even the odd track from “The Secret Lives of Plants” – when the frigging “I just called to say i love you” popped up. This lousy track eclipses (as it were) the foregoing due to it’s ubiquity and crapness. Other utterly shit tracks that are turds in the musical swimming pol are Yes’s “Wondrous Stories”, and Genesis’s “Afterglow”. Other tracks that ruin quality runs?

“Hello birds, hello clouds, hello Topographic Oceans …”. Basil Fotherington-Anderson plus seriously heavy friends (Rick Wakeman, Trevor Rabin) will be pacing the boards for a reasonable UK tour next March. Could be good, could be bobbins.

OK, the kids have had their fun with Poppy’s bumper “people talking over a drum machine” thread – aka the Hippity Hoppity thread – now it’s time for the grown-ups to show ’em how it’s done with a prog rock version. In other words, I’m shamelessly stealing Poppy’s idea.

That’s right, it’s another one of those YouTube clips list. But I’m hoping people will add a little explanation to their choices.

Here’s my favourite prog track. It’s Roundabout,the opening cut from Fragile the 1971 fourth Yes album. Eight minutes of great playing from a band at the absolute top of their game.

Fragile was the first Yes album with Rick Wakeman on keyboards and it features the classic line-up of Wakeman, Jon Anderson, Steve Howe, Chris Squire and Bill Bruford.

I learned the world “twelp”, which is to tweet for help.

Previously I would have regarded it as a noise made involuntarily by Finbarr Saunders (peace and blessings be upon him).

Have you learned anything recently?

I was 14 when it happened. It was February 1971. I shared a bedroom with Kev, my older brother, who is 2 years older than me. The room was small, cramped even, with 2 single beds, a desk and a wardrobe in it. The space between the beds was less than 6 feet wide, and between the desk at the head of the beds and the wardrobe at the end of them, less than 8 feet. On the desk was a record player and speakers. On a shelf above Kev’s bed was a big old valve radio that Dad had brought home from EMI Electronics, where he worked. It was very powerful and would become so important to me over the next few years, as I listened to American Forces Network, broadcasting to U.S troops in Europe. It nourished my love of baseball, listening to live games from exotic places like San Francisco, Los Angeles and my beloved Boston. They also broadcast music programmes, especially in the evening. It was on this beautiful burgundy and cream contraption that I first heard CSNY, Santana and The Grateful Dead and, later on, an amazing single called I Saw The Light by someone » Continue Reading.

As if the imminent collapse of FIFA wasn’t enough, I have just managed to resolve an incredibly thorny and long-standing work issue which no one gave me any hope of succeeding with.

It has involved dozens of delicate phone calls, a lot of salesmanship and a good deal of careful diplomacy, but finally – finally – I have reached the promised land. This matter shall darken my desk NO MORE.

Below is some footage of me in the office this afternoon, celebrating the win.

Apologies for the bragpost, but I needed to share this joyful event with someone, and I’m playing it cool in front of my colleagues.

that David McAlmont & Bernard Butler released a song that stands as the I Will Survive of the 1990’s. It stares down the spectre of loneliness, rejection and heartbreak with a strength of spirit that warms the soul. It is jubilant, arrogant, triumphant and glorious as all great pop music should be. Those Spector-ish drums, those soaring strings reaching the heady heights of David’s extraordinary voice as Bernard’s guitar wails underneath. Turning something bad into something life affirming is what melds it to people’s hearts.

“I feel well enough to tell you what you can do with what you got to offer ” is a mantra to everyone who lied, did you down, broke your heart, made you cry, wanted you to crawl away. It gives you strength and a way to articulate your pain. Most importantly it puts a smile on your face where there were tears and sadness.

They did it again with the space love song ‘Falling’ but no -one noticed – the idiots!

Chris Squire, has been diagnosed with Acute Erythroid Leukemia (AEL), an uncommon form of Acute Myeloid Leukemia (AML). He will be treated near his home in Phoenix. AML has an unattractive prognosis. Send progressive love.

After their triumphant charity shows last year, Bernard & David are returning for a few more dates, reissuing their debut and perhaps even releasing that written but never released third album. 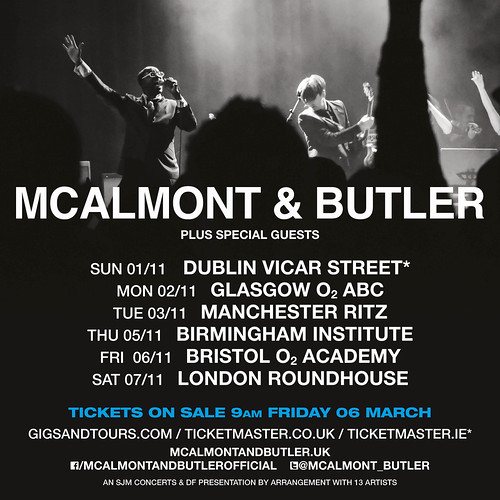 The debate goes on. We can’t leave it alone. It keeps bubbling up to the surface no matter what we do to keep it down. So this is it. The ultimate discussion on this persistent topic. Which band has been the most influential: Yes, or Pink Floyd?

You never know which music will turn up on ads these days.

Anybody else had a similar surprise?

It’s been a long time folks – what’ve you been listening to, reading, watching since we last met .

Just a pity the farewell Dead shows are (unsurprisingly) all in the Chicago.