You are here: Home / Nights In / Prince – Originals 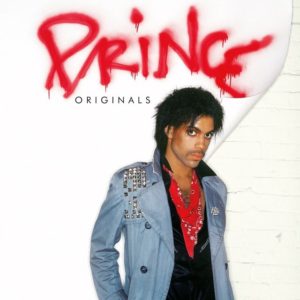 A Prince demo is no ordinary demo. Besides the usual synthesiser, drum machine and click tracks, most of the demos on Originals include overdubs, backing vocals and horns. Fourteen of the fifteen here were made between 1981 and 1986, a period when Prince functioned in a different time zone, working for more hours than there are in a day, without the need for sleep, and at a super-human rate. He recorded Controversy, 1999, Purple Rain, Around The World In A Day, Parade and Sign O The Times, plus numerous quality B sides and outtakes. He also undertook four major tours and wrote and performed in two movies. It was a time when Prince was smarter, quicker and more exciting than anyone else.

These are no throwaways, studio discards donated to a worthy cause. They are songs conceived, created and arranged with particular artists in mind, ones he’d recruited deliberately and specifically as part of his master plan to put together a roster of Prince acolytes. Other than The Bangles and Kenny Rogers, these acts were almost entirely dependent on Prince for any success they scored. Prince benefitted too. Writing for another voice gave him the freedom to explore the less well-trodden byways of his imagination, byways he’d return to for his own material.

For the most part that voice was a woman’s. Four were written for Sheila E alone. Apollonia 6, The Bangles, Vanity 6, Jill Jones, Martika and Taja Seville all have a lead female. The Time and The Family feature vocals by both sexes. Nothing Compares 2 U ended up, for its definitive version, in the hands of Sinead O’Connor. Even his offering for Kenny Rogers is a soppy love song, albeit delivered with a growl, as if impersonating its recipient.

Consequently, Originals represents Prince getting in touch with his feminine side. On Manic Monday, every moment of which sounds like a would-be follow up to Raspberry Beret, he dreams of “kissin’ Valentino.” For Make Up, he contemplates his wardrobe, “I guess I’ll wear a camisole.” The most compelling tracks are all ballads: Noon Rendezvous, Baby You’re A Trip, Love…Thy Will Be Done and Wouldn’t You Love To Love Me. Prince captures the yearning and conflicted feelings in these songs better than the women who first recorded them. His impassioned vocal on Baby You’re A Trip, twisted in the agony and ecstasy of unrequited love, is sensational. He relished the melody of Love…Thy Will Be Done so much, he spent hours multi-tracking himself singing it. Even the dance numbers fizz with erotic possibilities. The only real disappointment is Nothing Compares 2 U whose clunky instrumental and emotionally flat vocal make the performance sound like an ordinary demo. His live rendition with Rosie Gaines is a lot better.

Originals showcases a playful, sexy Prince in the purple pomp of his Imperial Phase. It throws a spotlight on the quality of his writing and the flexibility of his singing and some of these songs are among his very best. It confirms Prince as one of the most extraordinary artists of his generation. Originals is an essential purchase for any self-respecting Prince fan and is a perfect introduction for those curious to learn what the fuss was about.

The raiders of the Prince vault get top marks again.

A camisole and killer heels.

Already released on Tidal. Other formats available from 21st June 2019